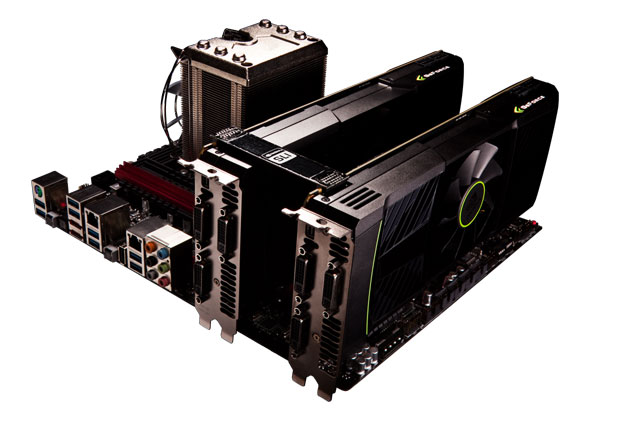 A nice bonus we came across recently at the lab was how Windows 8.1 handles system setups with 2 GPUs. Since the beginning of our lab, our CAVE machines have each had 2 GPUs in them, but it was always a challenge to correctly program a scenario to make use of both GPUs at once. This held particularly true in Windows XP, where basically customized OpenGL hooks and functions would need to be employed; of which they seemed to not always produce the best results in terms of increased frame rates, etc. It turns out that in newer versions of Windows that have 2 GPUs, if you launch an application on the desktop assigned to the second GPU such that the window only covers that desktop, the second GPU will automatically be used by the system. This has enabled a near doubling of frame rates in many of our CAVE applications!